Hesitation to Use Ridesharing Services, Public Transportation Causing an Increase in DUIs?

Hesitation to Use Ridesharing Services, Public Transportation Causing an Increase in DUIs? 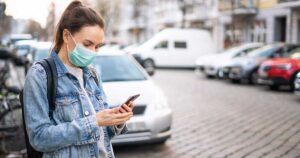 Following months of quarantine and social distancing, many jurisdictions throughout the country are now reporting a disturbing new trend: an increase in DUI arrests. There are a number of potential explanations for such an increase, including the fact that people are more hesitant to use ridesharing options and public transportation for fear of contracting COVID-19.

The stress involved in experiencing a global pandemic has increased alcohol intake globally. Online “quarantini” memes and recipes are in abundance, and in mid-March alcohol sales surged by 55 percent as people turned to drinking to deal with the stress, anxiety, and grief brought on by isolation. Many bars and restaurants are re-opening after months of closure and restrictions. And more people are taking advantage of that opportunity to get out of their homes, while still enticed to drink.

Drunk Driving on the Rise

During the months of March and April, many news outlets were actually reporting a dramatic decrease in DUI arrests as people complied with stay-at-home orders. But when restrictions began to lift in May, alcohol consumption remained high. According to data from research company Nielsen, for the week ending on May 2, total alcohol sales in the U.S. were up by more than 32% compared to the same week the previous year. Around that same time, DUI arrests began to rise. A news story out of South Carolina indicated that despite continued pleas for social distancing, in May the Charleston Police Department reported more DUI incidents than in the same month in 2019.

While some people are excited to get out more, most continue to have some concerns about the safety of certain public spaces. This includes public transportation and rideshare vehicles. According to a recent study, 39% of people surveyed who previously used rideshare services said they will reduce their use or stop using them entirely due to COVID-19. And 45% said the same about public transportation. Among those who plan to decrease or stop using these services, 49% indicated that they would increase use of their personal vehicle as a result.

What Rideshare Companies Say about Safety

According to the websites of popular rideshare companies Uber and Lyft, many new procedures are in place in response to COVID-19. Drivers and riders are required to wear masks, front seats are to remain empty, and the companies are working to distribute cleaning supplies to drivers in cities with the greatest need.

“Everybody’s concerned about getting in the cab with someone else, or getting in an Uber with somebody else, right now with the COVID thing, but above all, don’t take any chances, make sure you get a designated driver to get you home,” said Lt. Rick Carson of the Dorchester County Sheriff’s Office.

While the risk of COVID-19 is a concern, the risks involved in drinking and driving remain critical as well.