Where Everybody Knows Your Name: Study Examines Drinking Locations and Drunk Driving

Where Everybody Knows Your Name: Study Examines Drinking Locations and Drunk Driving

The Prevention Research Center at the Pacific Institute for Research and Evaluation (PIRE) has released a new study focused on a less researched aspect of drinking and driving behavior—the location where the drinking event took place before drinkers get behind the wheel and drive.

Where Have We Been When We Drink and Drive?

The study sought to uncover how different drinking contexts relate to the risk of alcohol-impaired driving and driving after drinking. A sampling of 8,553 adults across California revealed people drink most frequently in their own homes, followed by a friend’s or relative’s house. The classic “drinking in a bar” fell to the bottom of the list of frequent drinking locations.

Of the adults surveyed, more than half reported drinking at some time in the past year, with the majority of those drinking occasions taking place at home. Imbibing at home was associated with more frequent drinking, while consuming alcohol in other venues, such as bars and restaurants, was less frequent but more likely to lead to getting behind the wheel after drinking.

The study reaffirms that drinking outside the home correlates to higher rates of drinking and driving. However, the research also reveals that a substantial source of impaired drivers may be those frequent drinkers who only infrequently drive after drinking.

The research reveals new findings on the “place of last drink,” showing that greater drinking frequencies, regardless of place, are always related to greater rates of drunk driving, whether the drinking event is in one’s own home, at other’s homes, or at house parties. 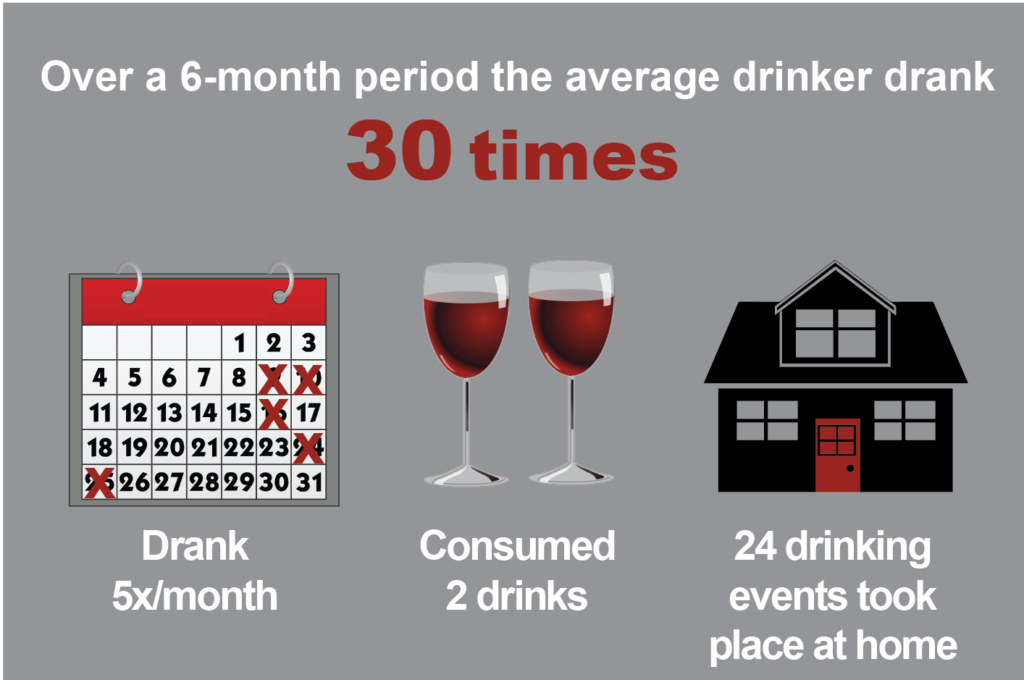 Researchers have upheld the common knowledge that drinking at bars often leads to alcohol-impaired and drunk driving while noting that the study’s findings coincide with other studies on place-of-last-drink. These earlier findings show that alcohol-impaired driving events may also be widely distributed across residential areas. Study findings indicate approximately half the number of persons arrested for drunken driving were drinking in a private residence before their arrest.

There is a need for more detailed research on drinking location and how it relates to drinking and driving, and to what extent “preloading” at home may continue into a drinking event outside of the home. As recent research has shown and recent news stories have highlighted, further study may aid in prevention efforts.

The results of this latest study suggest that new programs to reduce alcohol-impaired driving should start with focused, community-based prevention programs. Where drinking takes place is fixed for most drinkers—drinkers drink where they feel welcome and comfortable. We may see a significant reduction in alcohol-impaired driving if anti-drunk driving programs include the risks of driving after drinking at home in their messaging.