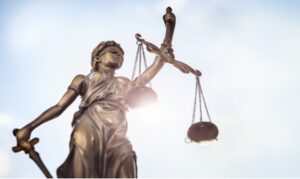 As of the end of 2018, there were more than 3.5 million adults on probation in the United States according to data from the U.S. Bureau of Justice Statistics. This means that state policies to determine the possible lengths of probation terms directly impact 1 in 72 people. The Pew Charitable Trusts has released a report aimed at addressing gaps in state-level policies to help stakeholders better understand how long people currently spend on probation and to discuss the effects of term length on recidivism.

One outcome of the report was to provide statistics on the average length of probation by state, with the goal of encouraging discussion of whether or not term lengths can be safely reduced. Findings included:

The National Conference of State Legislatures (NCSL) and The Pew Charitable Trusts collaborated to review the probation sentencing statutes in all 50 states. They found that many states have maximum terms in place for both misdemeanor and felony charges (with exceptions for certain offences or in consideration of prior convictions). However, some states only take a “max” stance, meaning that the probation term cannot exceed the statutory maximum sentence of incarceration for the same crime. And states such as Florida, Massachusetts, and South Dakota, and others, go even further, allowing for “no max” or discretionary probation term lengths.

According to Pew, “wide variations in policies and term lengths across states point to opportunities for reform.” The report asserts that many individuals who are on probation serve longer terms than are necessary to ensure public safety, indicating that the highest risk of re-offense is early in a person’s probation term.

“Keeping probation terms short and prioritizing resources for the early stages of supervision can help improve success rates among people on probation, reduce officer caseloads, and protect public safety,” according to the report. And, “the findings of this and other research suggest that probation should be only long enough to meet its basic objectives of providing accountability proportional to the underlying criminal offense, connecting people to needed treatment and services, and enabling individual to complete programs such as cognitive behavioral therapy and counseling that have been shown to reduce the risk of re-offending.”

Read the full report, which offers to provide essential data and policies and practices that can improve outcomes for probation departments—and the people they supervise—nationwide.