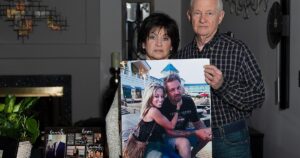 The Fight for Mandated Alcohol Monitoring Continues into 2021

Rich and Roseann DeRosa’s daughter, Deana Eckman, was killed by a repeat DUI offender on February 16, 2019, in Delaware County, Pennsylvania. Since that time, they have been working tirelessly to prevent other families from having to face the anguish of losing a loved one to drunk driving. Unfortunately, like so many other things in 2020, this mission was sidelined by COVID-19.

Struck Down by a Repeat Drunk Driver

Authorities report that at the time of the crash that killed Deana, the 30-year-old driver, David Strowhouer, had a blood-alcohol content of 0.199—more than double the legal definition of impaired driving. He was speeding along at nearly 80 miles per hour when he crossed a double yellow line and struck Eckman, 45, and her husband, Chris, head-on.

Beyond the heartbreak of the loss itself came the realization that this was not Strowhouer’s first brush with the law. In fact, Strowhouer had accumulated five previous DUIs in less than 10 years prior to crashing into the Eckmans. This is why Deana’s Law is focused on addressing the issue of repeat DUI offenders.

Since their daughter’s death, the DeRosas have learned more about Pennsylvania DUI statutes and sentencing guidelines than any parent would ever want. With the help of now-former Senator Tom Killion, they introduced and almost passed Deana’s Law (SB773), which would have increased sanctions for repeat DUI offenders. The bill’s intent was to increase jail time for some repeat DUI offenders, as well as require continuous alcohol monitoring as a condition of bail, probation, and parole.

Deana’s Law was set for final passage on November 20, 2020, when the House of Representatives was informed of a COVID-19 outbreak. This news required the House to end session early and cancel future session days. Deana’s law was literally on the one-yard line when it fell victim to the pandemic.

As the DeRosa’s can attest, the most dangerous drivers on the road are high-risk, repeat impaired drivers. They pose a higher crash risk; they are disproportionately involved in fatal crashes. Yet they often elude accountability. In 2010, researchers analyzed more than 100 million Maryland driving records from 1973 to 2004 and found:

The Future of this Critical DUI Legislation

Deana’s parents will not rest until Deana’s Law is passed. They are working with a consortium of supporters to draft a new–but similar–bill, which will include:

The DeRosa family is hoping that the bill will be introduced in early 2021. Since most lawmakers in Pennsylvania are already familiar with and supportive of Deana’s Law, they hope it passes quickly.

If you reside in Pennsylvania and want to help support Deana’s Law, please contact Mindy Huddleston at mhuddleston@scramsystems.com.